Check out my pedal demos, pics, and whatever else I feel like posting for your viewing pleasure: 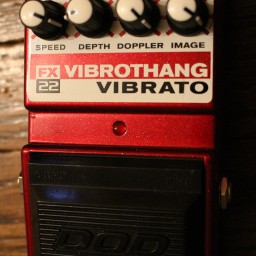 This is a pretty unique pedal. The closest pedal I can think of tone wise is the new Keeley Tremolo

I got this for like 30 bucks and it is surprisingly sturdy and sounds decent. 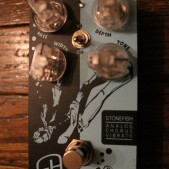 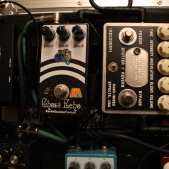 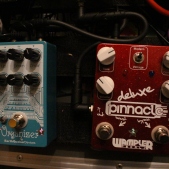 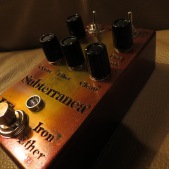 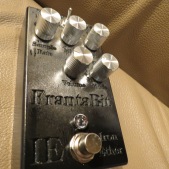 The Context is pretty awesome. My wife uses it on her keyboard. 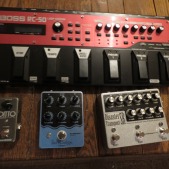 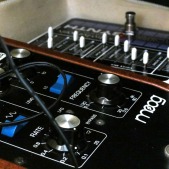 Love the Moogerfooger series. I would have them all if they weren’t so pricey. I had the MF-102 on my board for a long time until I found out it’s not true bypass and affects the tone of other pedals…not sure why Moog wouldn’t just make it true bypass, but that’s for another post. I love the Microsynth too, but it already has a bad jack after less than two years of caring, respectful treatment. I’d buy a lot more Electro-Harmonix pedals if they didn’t skimp on parts. For shame! 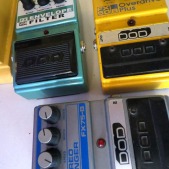 Old DOD pedals can be found really cheap on Ebay (like $50 or less) and sound sweet because they were made with decent components. You can always get them re-housed, which I plan to do with my flanger. The other two were on loan from a buddy. 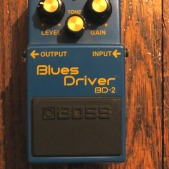 This was my first overdrive pedal before I got into boutique gear. I still really like the tone, which sits somewhere between boost and sparkly overdrive. One day I’d like to have some mods done to it. 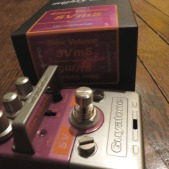 Guyatone SVm5 Slow Volume pedal. It’s like the Boss Slow Gear with a little bit more control over parameters. All in all a cool pedal, but it’s hard to get exactly the swell you want in a timely manner. I’d look at getting a Pigtronix Philosopher King or discontinued Attack Sustain if you want the best of ADSR. 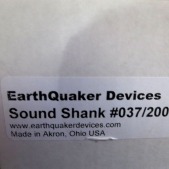 The only pedal I’ll need in the big house

The ZVex Fat Fuzz Factory sub-mode switch. #1 is the normal Fuzz Factory circuit. #2 & #3 are sub-oscillation modes. This is quickly becoming my go-to fuzz… 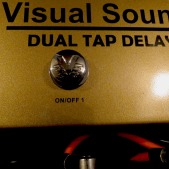 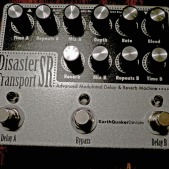 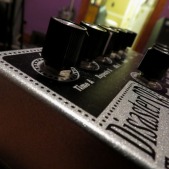 My wife and I marveling at the beauty of the DTSR she won at the Guitar Riot clinic. We are forever indebted to those guys and Earthquaker Devices for putting on the clinic and giving us a chance to win free shit. Hell yea! 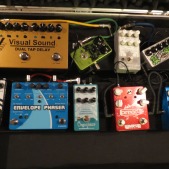 Another shot of the old board

An older pedalboard setup of mine.

Friends of The Pedal File